46 years after the release of the iconic song, ‘Imagine’ Yoko Ono may finally be receiving credit as a co-writer.

In 1980, John Lennon confirmed the speculation that he had not written ‘Imagine’ alone – and that his wife had played a part in the process.

I know she helped a lot of the lyrics, but I wasn’t man enough to let her have credit for it. I was selfish enough and unaware enough to take that contribution without acknowledging it. I was still full of wanting my own space after being in the room with four guys and always having to share everything.

But on Wednesday, the National Music Publishers Association announced that steps were finally underway to give Yoko Ono songwriting credit for the song, something which has taken 46 years to achieve – and 37-years after Lennon admitted she had played a part in writing the song. 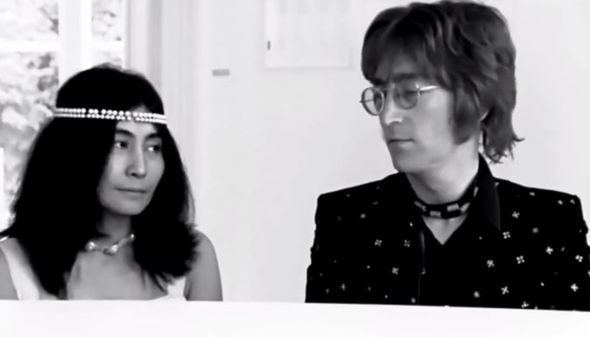 However, one expert has reported that there may still be problems processing the request. 70 years after the death of a song’s creator, a song will enter the public domain and cease to generate income. If Ono was to receive part-credit for Imagine, it would extend the length the song would generate income by another 37 years; something which is very unusual in the music industry.

Nevertheless, Ono is excited about the new prospect, and confident it will pass. Although she attended the meeting in a wheelchair due to ill health, Ono said, ‘This is the best time of my life.’ We can only imagine… (cough).